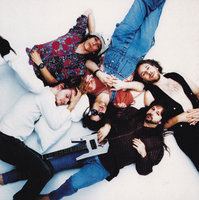 A little too edgy to be considered pop metal, Tesla were probably the least pretentious band of the genre. On Psychotic Supper, they focus on understated, bluesy hard rock, with an occasional acoustic guitar thrown in for variety. The result is well worth a listen, and this album contains some of their best material, including the anthemic "Edison's Medicine" and the no-bull "Call It What You Want." "What You Give" is a lovely, tender alternative to the syrupy power ballads that so many hard rock bands indulged in during the late '80s and early '90s. "Song & Emotion," another slow song, is a tribute to the late Steve Clark of Def Leppard. Tesla's favorite themes are evident on songs like "Change in the Weather," "Don't De-Rock Me," and "Freedom Slaves," but "Toke About It" shows that they also retained their sense of humor